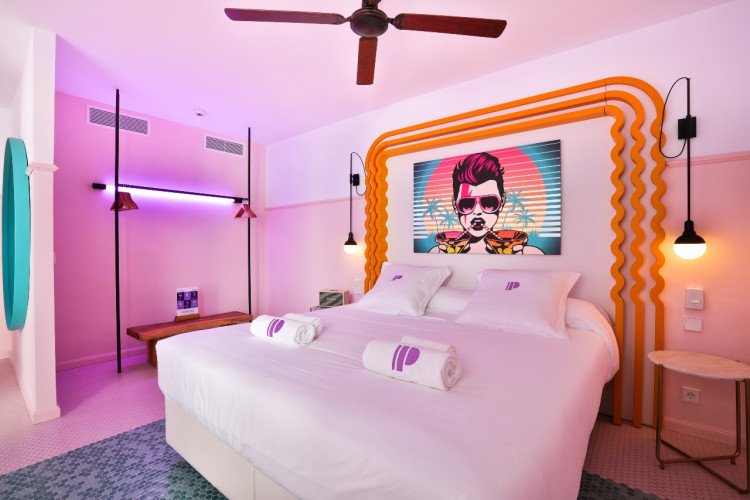 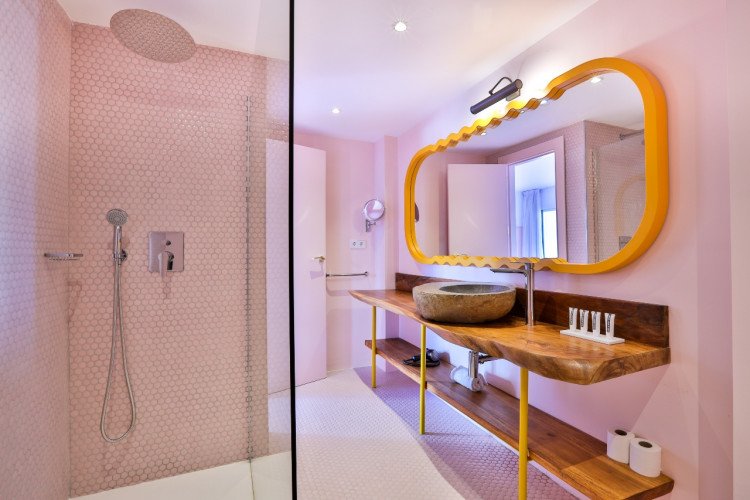 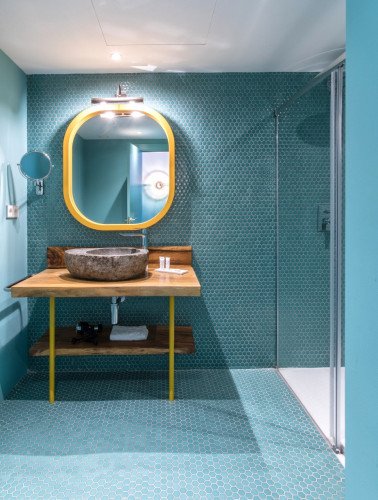 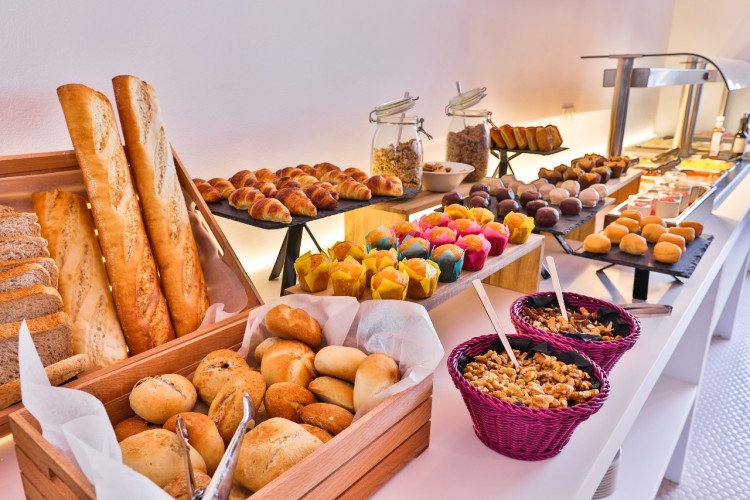 Nestled in the bay of San Antonio, Paradiso will be an architectural Eden, where art coexists with the hallmarks of Concept Hotel Group, a hotel group characterised by the spirited and rule-breaking attitude of its establishments.

These irreverent values will be on show in Paradiso, through the artworks of the sixty artists who will decorate the rooms of the hotel. Each room will be named after these contemporary creators, among them international artists such as Yoko Honda, Nadia Lee, Héctor Pozuelo, Alberto van Stokkum, Diana Kunst, Jordi Gómez, Marcos Torres and Thani Mara. Extra elements, such as special edition books will complete each room’s theme. We are delighted to have such internationally recognised artists showing their work in Paradiso.

Each room will be an authentic artistic creation. The design of each room is very important as each one forms a part of the hotel’s ‘devil may care’ character. The exterior of Paradiso will take guests on a trip to Miami Beach’s legendary Ocean Drive. The U.S.A’s most tropical city will once again be the source of inspiration, ready to revolutionise the thriving area of San Antonio bay.

We resfresh your room EVERY DAY & change your linen every third. 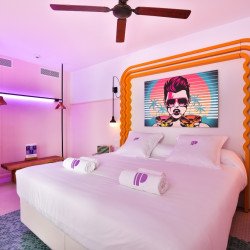 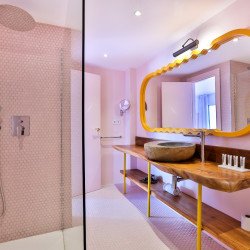 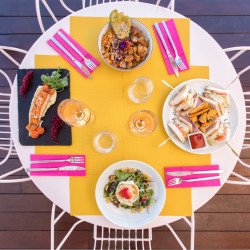 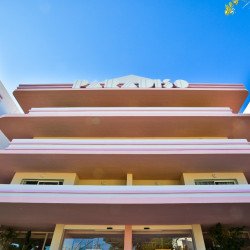 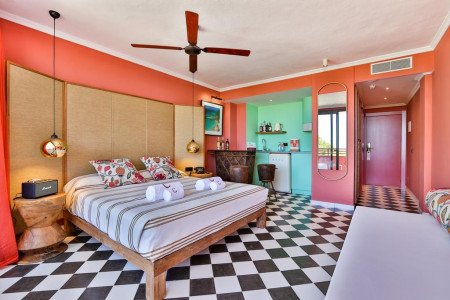 Hosted by
Cubanito Ibiza
€6,000/Month
Please, select your arrival and departure dates.
For example, if you want to reserve 1 month starting the first day, the departure date should be the 1st day of the second month.

0 Adults
You won't be charged yet

0 Adults
You won't be charged yet
€6,000/Month
Search
Welcome back! Please log in

Please enter your username or email address. You will receive a link to create a new password via email.

At COliving we use cookies for various purposes, among which they are being able to show accommodations of your interest based on your browsing history, or that you can access and edit your information as a registered user. Please accept or configure your preferences in the following link. You can also check our Privacy Policy

Access to this website implies the use of cookies on our part. In this cookie policy we indicate what they are, what type of cookies exist and how to manage their installation by the user.
What are cookies?
Cookies are files that store and retrieve information when browsing the website. They can serve very diverse purposes, such as, for example, to recognize the user, obtain information about their browsing habits, or customize the way the content is displayed. The specific uses that we make of these technologies are described in this cookie policy.
There are different types of cookies depending on who they belong to, what these cookies are for and for how long they remain on the user’s device, which are summarized below:

In the table provided in the following section, third-party cookies are those whose provider is not the owner of the website but rather the entities indicated in the table itself. Among the types of cookies, depending on what they are used for, there are:

NOTE: These settings will only apply to the browser and device you are currently using.

Thanks to them we can know your internet browsing habits and show you advertising related to your browsing profile.

Necessary to correctly display the website and ensure the proper functioning of the site. They are cookies that help the user to have a better experience when browsing the site.

We use cookies to analyze traffic and compile statistics.